Genesis Dermatology’s board-certified dermatologists in Jupiter consistently recommend the use of sunscreens for everyone, even in the winter months and on cloudy days. Note that Florida ranks second in the nation in the rate of new melanoma cases each year. We’ve noticed that some of our patients, however, resist its use because they’ve heard that the chemicals they contain can be absorbed into the body.

A new study by the U.S. Food and Drug Administration (FDA) published last month in the Journal of the American Medical Association (JAMA) expands on earlier studies that looked into this question. It found that the most common ingredients in chemical sunscreens can be absorbed, but in such small amounts that they likely pose no danger.

The question of whether sunscreens are absorbed by the skin is concerning, because the active ingredients in many sunscreens, especially oxybenzone, may cause endocrine disruption in the body. That is, once absorbed into the bloodstream they may disrupt normal functioning of the hormones, including thyroid, estrogen, progesterone, and testosterone.

Other studies have shown they can be found in breast milk, which raises concerns about their effect on newborns.

This latest study builds on key findings from last May, which looked at the absorption of four different chemicals. This most recent one tested absorption of six ingredients most commonly found in chemical sunscreens: avobenzone, oxybenzone, octocrylene, homosalate, octisalate, and octinoxate.

Participants were directed to apply one of four different kinds of sunscreen spray, lotion, or cream, four times daily for four days on all areas of the body that would be exposed to the sun.

Over seven days, 30 blood samples were collected from each volunteer. Researchers found that all six active ingredients were absorbed into the bloodstream, even after a single use, and remained in the body for “extended periods of time.”

The researchers recommended that additional studies be conducted to fully understand the long-term effects of absorption.

“Just because they are absorbed doesn’t mean they are unsafe,” study co-author Dr. Theresa Michele, told NBC News. Dr. Michele is also the director of the Office of Nonprescription Drugs, Office of New Drugs, and the Center for Drug Evaluation and Research.

“These products are used to prevent skin cancer,” she added. “It’s very important from a public health perspective that people use them, especially as skin cancer rates are increasing. Right now, we know that there are benefits from these products and we don’t know if there are any harms.”

Dr. George J. Hruza, president of the American Academy of Dermatology (AAD), echoed her sentiments, stressing that the sunscreen ingredients in question have been used for decades without any reported internal side effects in humans.

“Importantly, the study authors conclude that individuals should not refrain from the use of sunscreen,” he said in a statement, adding that the AAD encourages liberal use of sunscreen “as one component of a comprehensive sunscreen plan, as sunscreen use has been shown to reduce the risk of skin cancer in a number of scientific studies.”

Regardless, if you’re still concerned about the use of chemical sunscreens, there are alternatives available.

Besides chemical-based sunscreens, you can choose a mineral-based type, containing either zinc oxide or titanium dioxide or a combination of both. Comprising these crushed minerals, the sunscreen remains on top of the skin, forming a barrier against the sun’s rays. And unlike chemical sunscreens, these do not break down in the sun.

In the past, these types of sunscreens left a telltale white coating on the skin.

But a newer generation of mineral sunscreen has addressed this problem by crushing the minerals into even smaller particles, which makes the whitening effect negligible. Mineral sunscreens also are better tolerated by far more users, including those with sensitive skin.

The AAD also recommends that, in addition to applying a broad-spectrum sunscreen of SPF 30 or higher, everyone seek shade to the greatest extent possible, and wear sun-protective clothing, including a lightweight and long-sleeved shirt, pants, a wide-brimmed hat, and sunglasses.

If you are concerned about the safety of sunscreen products, speak with our board-certified dermatologists. We can help develop a sun-protection plan that works for you.

This site uses Akismet to reduce spam. Learn how your comment data is processed. 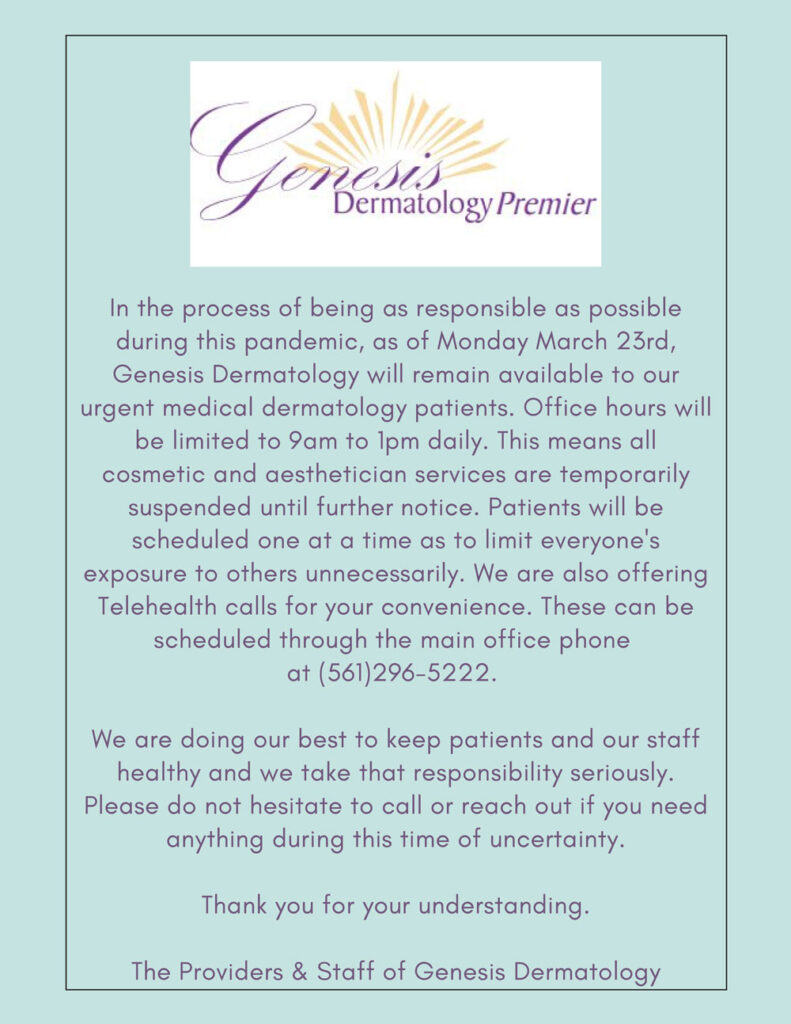