The Sunscreen vs. Vitamin D Myth 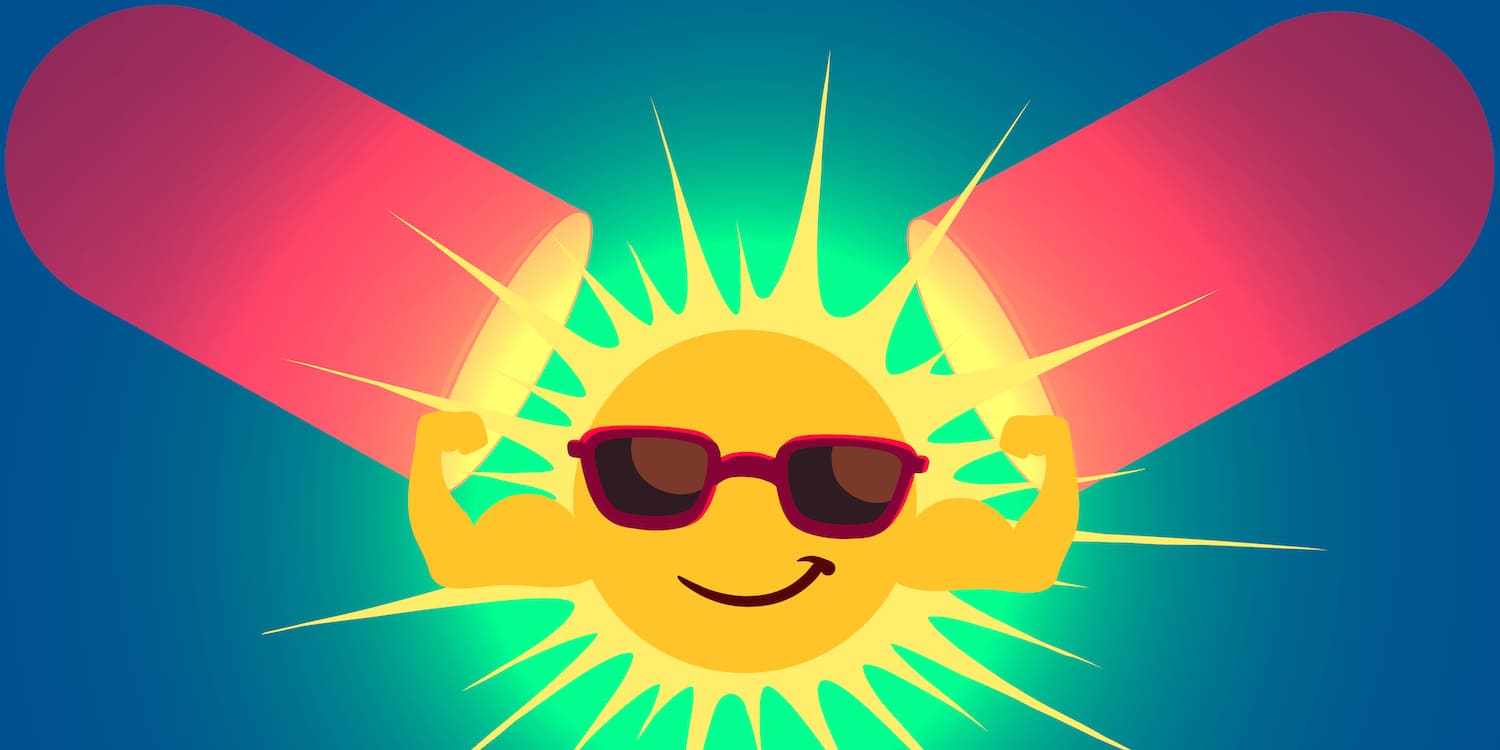 The Sunscreen vs. Vitamin D Myth

When our board-certified dermatologists in Jupiter constantly remind our patients to apply sunscreen all year ‘round, we sometimes get pushback from our patients who are worried about the effect on their vitamin D levels. This is because sun exposure is a primary way to get D, which is why it’s often called “the sunshine vitamin.”

Vitamin D is crucial to maintaining health. Its main function is to help the body absorb calcium from the intestines, thus helping to keep bones strong.

Research has also suggested that adequate vitamin D levels may play a role in protecting against a wide range of diseases, including colon cancer—and possibly several other types—as well as heart disease, depression, insomnia, and an overactive immune system.

At the same time, sun exposure is also the best way to get skin cancer, not to mention premature wrinkling and leathery skin that signifies long years spent in the sun. Overexposure to the sun’s ultraviolet (UV) rays damages the DNA in skin cells, resulting in skin cancer, including melanoma, the most deadly kind.

It’s also true that, while we can get vitamin D from foods (mainly seafood, D-fortified milk, eggs, and beef), most people can’t get enough that way.

“No one in the United States is able to get the recommended daily allowance [600 IUs before age 70, 800 after age 70] through diet alone,” Michael Holick, a professor of medicine, physiology, and biophysics at Boston University Medical Center and author of “The Vitamin D Solution,” told Prevention magazine.

This has led many people to conclude that they have to bask in the sun unprotected in order to obtain enough vitamin D.

But according to Anne Marie McNeill, MD, Ph.D., writing for the Skin Cancer Foundation (SCF), “The truth is, it doesn’t take much sun exposure for the body to produce vitamin D. Even committed proponents of unprotected sun exposure recommend no more than 10 to 15 minutes of exposure to arms, legs, abdomen, and back, two to three times a week, followed by good sun protection.

“That minor amount of exposure produces all the vitamin D your body can muster,” she explains. “After that, your body automatically starts to dispose of vitamin D to avoid an overload of the vitamin, at which point your sun exposure is giving you nothing but sun damage without any of the presumed benefit.”

Not only that, but you’re probably getting plenty of vitamin D anyway, even when you apply sunscreen.

Dr. Henry W. Lim, chair emeritus of the department of dermatology at the Henry Ford Health System and former president of the American Academy of Dermatology (AAD), recently explained to CNN that, when applied as commonly recommended—that is, in a thick layer using an amount about the size of a golf ball for the whole body—it “can effectively block sunlight and cause a lack of vitamin D synthesis in the skin.

“However, in the real world . . . most people apply less than this amount,” he said. In other words, he added, “the ‘in use’ SPF is actually lower than the labeled SPF.”

An Australian study published in the National Institutes of Health (NIH) National Library of Medicine seemed to confirm this. Researchers conducted a randomized, double-blind controlled trial of the daily use of a broad-spectrum, SPF 17 sunscreen vs. a placebo cream over a summer period in Australia with 113 subjects aged 40 years and older.

They found that levels of vitamin D3 rose significantly by the same amount in both groups, leading them to conclude that “over an Australian summer sufficient sunlight is received, probably through both the sunscreen itself and the lack of total skin cover at all times, to allow adequate vitamin D production in people who are recommended to use sunscreens regularly.”

Darrell S. Rigel, a clinical professor of dermatology at Mount Sinai Icahn School of Medicine, agrees. While some lab tests indicate that sunscreen totally blocks UV rays, he recently told The Washington Post that such tests typically use at least two milligrams per square centimeter, much more than anyone would actually apply.

If you consistently used that amount, “You’d be as white as that door behind you,” he told the reporter, who confirmed that the door behind her was “very white.”

So we believe the recommendation to apply sunscreen whenever you’re outdoors is still the safest way to protect your skin, while also allowing you to obtain sufficient vitamin D to keep you healthy.

“Patients need to use sun protection to minimize their risk for skin cancer, and yes it does impede the body’s ability to make vitamin D,” Dr. Patricia Farris, a dermatologist, and fellow of the AAD, told CNN.

But she added that the skin safety trade-off was worth the reduced vitamin D production.

Why You Still Get Burned When Using Sunscreen